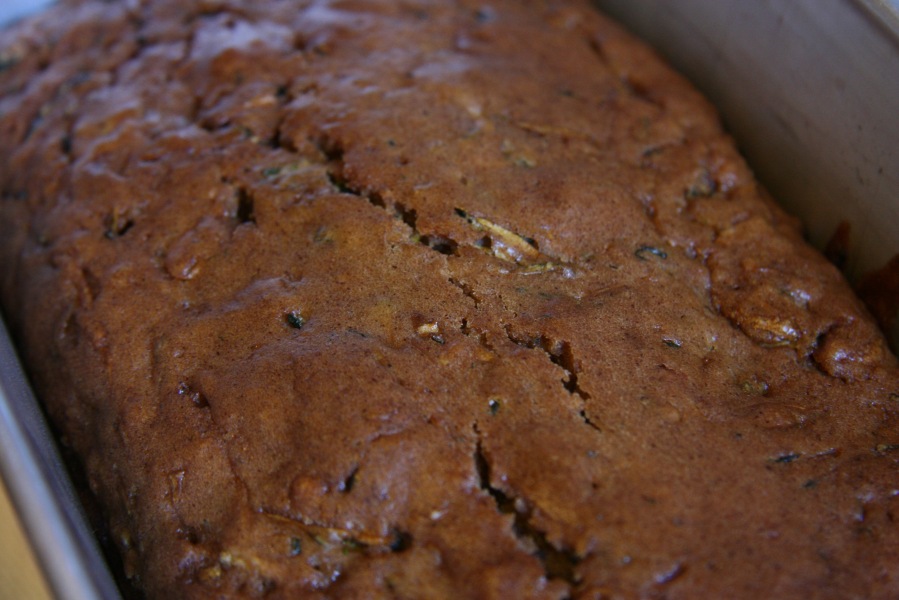 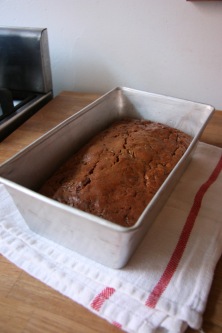 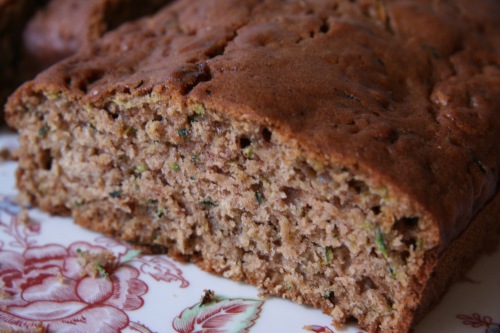 So all thanks to James Beard, recipes tell us to “bake two, freeze one!” Yeah, that’s all well and good, but I don’t want to be eating zucchini bread for the rest of my life. Also, that’s precious freezer space that could be occupied by, say, compost scraps and ice cream.

However, cutting a recipe in half proves to be a daunting task when the first ingredient listed is “3 large eggs.” How do you use 1 1/2 large eggs? Is that the equivalent of one extra-large egg? How about 3 small eggs? My boyfriend suggested I whisk 2 eggs together and save a bit in the fridge for breakfast scrambles. That’s the most logical answer. But I’m lazy. I used 2 large eggs. I used slightly less oil. I bet you couldn’t tell the difference if you didn’t know any better.

I adapted this recipe from Smitten Kitchen (who likely adapted her version from the aforementioned Beard). Since I can’t leave well enough alone, in addition to cutting the recipe in half I swapped in brown sugar in the place of boring white granulated sugar, and used slightly less than called for. 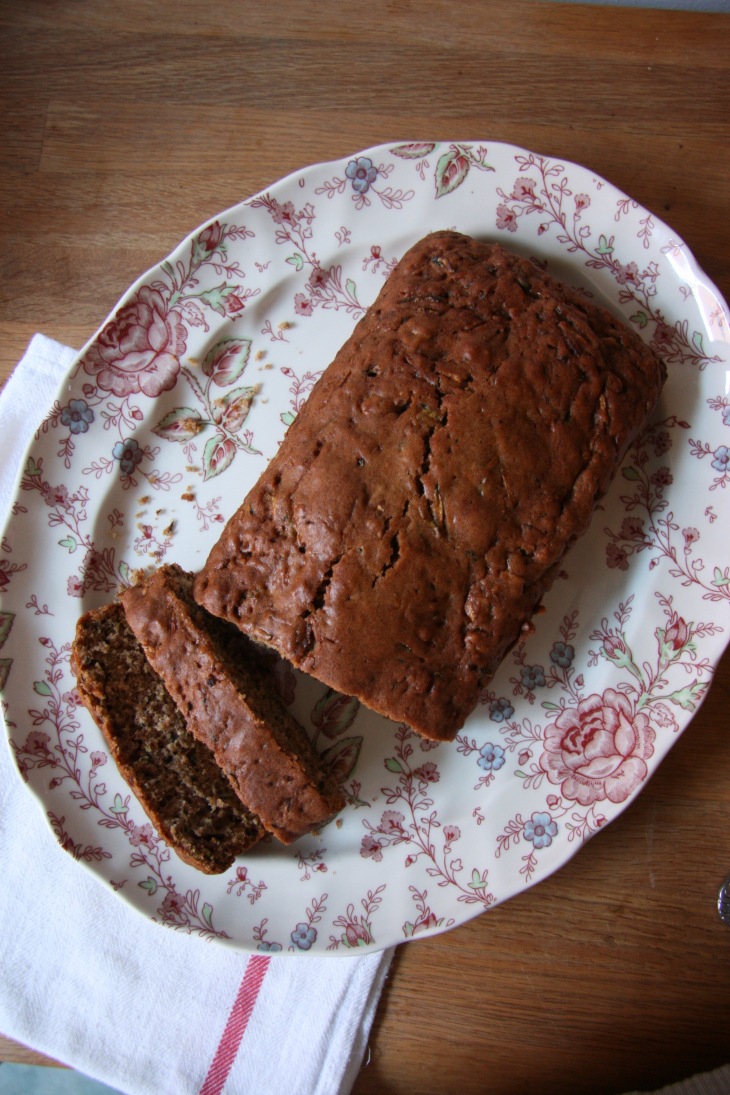 Note: I found the resulting loaf a tad dry. I would recommend upping the oil or perhaps adding a 1/2 cup of yogurt. I’ll experiment and update the recipe when I find the perfect balance.

In a large bowl, whisk eggs. Add oil, sugar and vanilla and stir to combine. Add cinnamon, pinch of nutmeg, baking soda, baking powder and salt to combine. Mix in zucchini, then add flour until just combined, being careful not to overmix.

Pour into prepared loaf pan and bake for x minutes, until a toothpick inserted into the middle comes out clean. Let cool in the pan for at least 10 minutes before inverting onto a wire rack, or let cool completely in the pan.